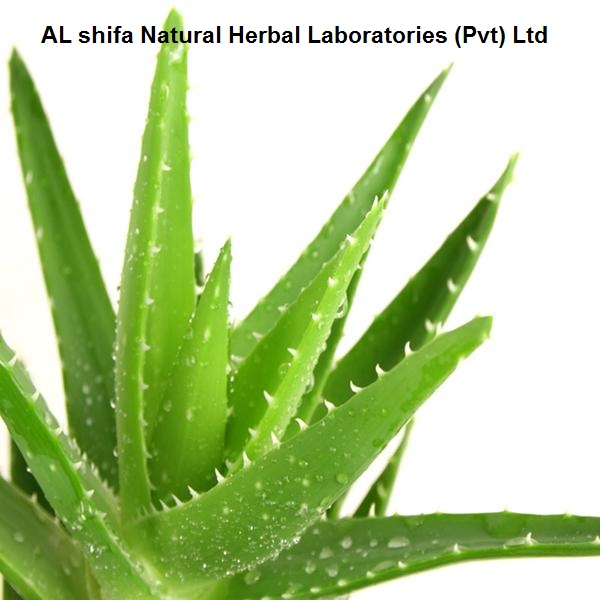 Price: On Call, And Email

Dioscorides recorded its use as a healing herb 2000 years ago. The gel obtained from the inner part of the aloe leaf is used to treat minor burns, skin rashes, insect bites, healing wounds by drawing out infection, and preventing infection from starting and chafed nipples from breast-feeding. This gel can also be used internally to keep the bowels functioning smooth and also ease irritable bowel syndrome (IBS).
European folk medicine calls for using Aloe Vera juice to relieve heartburn and ulcers. While there is very little substantive evidence to support these internal uses, preliminary research has shown promising results. In one Japanese study, 17 of 18 patients who took aloe vera juice found some relief for their peptic ulcers. However, none of the participants was given a placebo, so comparisons of its effectiveness could not be made. Other clinical trials in Japan indicate that certain compounds in aloe vera reduce the secretion of stomach juices and the formation of lesions.
Other studies suggest that the ingestion of Aloe Vera gel may have a beneficial effect to the accumulation of blood fat lipids associated with the disease. Test groups given Aloe Vera showed a decrease in total cholesterol, triglyceride, phospholipid and nonesterified fatty acid levels, each of which, when elevated, seem to accelerate the accumulation of fatty material in large and medium sized arteries, including the coronary arteries of the heart.
Aloe vera is a natural detoxifier that boosts the immune system, increases beneficial intestinal flora, soothes and repairs damaged and inflamed tissue. It increases regeneration of liver cells and repairs liver damage due to hepatitis, chemicals, medication and alcohol. It accelerates the alcohol oxidation rate and helps faster elimination of alcohol. It has positive effects on the enzyme system of the liver. Aloe vera has six antiseptic agents that help promote liver health – cinnamonic acid, lupeol, salicylic acid, urea nitrogen, phenol and sulphur. It enhances the normal metabolic and detoxification function of the liver. The liver detoxification process requires supplementation with natural minerals and vitamins. Potency of the liver to produce and store certain vitamins and minerals decreases due to toxin accumulation and cell degeneration. Aloe Vera is rich in minerals, vitamins, anthraquinones, amino acids and antioxidants. Calcium, magnesium and other minerals are beneficial in hepatitis, as they help in blood clotting problems. Anthraquinones are compounds found in the sap of aloe. Their antiviral property increases immunity against viral infection. Liver detoxification prevents many health-related complications, as the liver is the main organ that controls the immune system, digestive system, enzyme system and the elimination of toxins.
Aloe is one of the only known natural vegetarian sources of Vitamin B12, and it contains many minerals vital to the growth process and healthy function of all the body’s systems. Numerous studies worldwide indicate that Aloe Vera is a general tonic for the immune system, helping it to fight illness of all kinds, including general infections and even cancer and HIV. In 1994, the US Food and Drug Administration approved aloe vera for the treatment of HIV. On-going studies worldwide show that aloe taken in highly concentrated doses appears to be of help in cancer patients (including lung cancer) by activating the white blood cells and promoting growth of noncancerous cells.
Taken orally, aloe also appears to work on heartburn, arthritis and rheumatism pain and asthma, and studies have shown that it has an effect on lowering blood sugar levels in diabetics. Other situations in which it appears to work when taken internally include congestion, intestinal worms, indigestion, colitis, haemorrhoids, liver problems such as cirrhosis and hepatitis, kidney infections, urinary tract infections, and prostate problems.
The bitter yellow sap (Latex) from the base of the leaf when dried is known as “Bitter Aloes” (Aelwah/Musabbar). It is a strong laxative, useful in short-term constipation. It causes the colon to contract, generally producing a bowel movement 8-12 hours after consumption. At low doses, the bitter properties of the herb stimulate digestion. It also has anthelmintic, antiinflammatory, emmenagogue and liver stimulant properties. Strengthens the liver and is useful in hepatitis, splenomegaly, amenorrhoea, intestinal worms, arthritis and rheumatism.

Contraindication
As Aloe stimulates uterine contractions, it should be avoided during pregnancy. As it is excreted in the mother’s milk, it should be avoided during breast-feeding, or it may be purgative to the child. Children and the elderly also should never take this herb internally, nor should people who take potassium-depleting drugs for high blood pressure. Aloe and prescription medications should be taken at different times. Allergic reactions, though rare, may occur in susceptible persons. Excessive use (many times the recommended dosage) may aggravate haemorrhoids.

Be the first to review “Aloe vera Var, kawar Gandal”