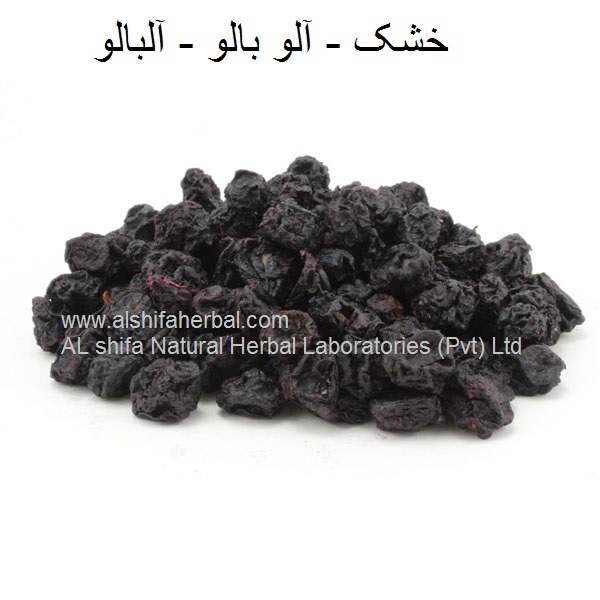 Prunus cerasus is also known as Sour cherry, tart cherry, dwarf cherry and pie cherry. Prunus is the Latin name for plum trees. It originates from Greek “prunos” (plum or cherry). Cerasus from Latin phase for cherry.  Therefore, Prunus cerasus implies cherry cherry, real original. It is widely cultivated deciduous shrub or small tree belongs to the family Rosaceae, in the genus Prunus L, native to Europe and southwest Asia, having white flowers and tart red fruit. It is closely connected to the sweet cherry (Prunus avium), but has a fruit which is more acidic, and also has greater nutritional benefits. Pie cherry, tart cherry and dwarf cherry are some common names of the Sour cherry.  Some popular varieties of sour cherry are Balaton, amarelle, Jubileum, Mesabi, Northstar, Montmorency, Surefire,Danube, Meteor and  Morello. Because of its sour taste it is found used in cherry desserts, cherry pies and other cherry-based recipes.

Sour Cherry is a deciduous or evergreen trees or shrubs growing 4–10 m tall, which do well in cooler, humid climates and prefers rich, well-drained, moist soil, Stem is covered with red to gray-brown bark, tight but rather rough, along with prominent horizontal lenticels, often peels. Its branches spread upwards and have smooth twigs. Leaves are usually deciduous, simple, alternate and serrated, 3-9 cm long, 2-5 cm wide, oval to obovate, smooth and glossy on top and downy underneath. Flowers are hermaphrodite, white and found in clusters of 3-5. Petals are notched or lobed and are found blooming during May.

Sour Cherry is drupe fruit which is 20 mm in length and 18 mm in width. It is usually light to dark red colored. Sour cherry have are intense, tart and somewhat tannic flavor when fresh and sweet/sour, but not bitter in taste and is also available dried, frozen, and in juice. The skin of the fruit is smooth and firm with a glossy sheen. Its flesh, contain a small central seed which is light brown colored. Sour cherries are available from June to early August depending on region cultivar. Sour cherries, also known as tart or pie cherries are key ingredient in desserts like cakes, sorbets and ice cream. They are also a perfect cherry for glazes, sauces and reductions.

Prunus cerasus is supposed to have initiated as natural hybrid between Prunus avium and Prunus fruticosa within the Iranian Plateau or Eastern Europe and produced a new, distinct species. It is also said to have originated from Southeastern Europe between Russia and Turkey. Sour cherry is one of the America’s most sought-after fruits, usually the Montmorency and Balaton varieties, mainly grown in Washington, Michigan, Utah, Pennsylvania, Wisconsin, Oregon, and New York.

*Above mentioned Percent Daily Values (%DVs) are based on 2,000 calorie diet intake. Daily values (DVs) may be different depending upon your daily calorie needs. Mentioned values are recommended by a U.S. Department of Agriculture. They are not healthbenefitstimes.com recommendations. Calculations are based on average age of 19 to 50 years and weighs 194 lbs.

Chemicals that give tart cherries their red color might relieve pain much better than aspirin and also may provide antioxidant protection comparable to commercially available supplements like vitamin E. Research suggest that the daily consumption of cherries might have the potential to decrease cardiovascular or chronic diseases related to inflammation, arthritis and gout in humans.(1)

Millions of people are at risk for diabetes or heart disease, diet that contains tart cherries might  be better than what the doctor recommended medicines. Research suggests that tart cherries not just offer comparable cardiovascular benefits as the recommended medications, but in addition it can also lessen the risk of stroke, even when used with these medicinal options.

Prescribed drugs recover the outlook for certain risk factors, but they’ve also shown undesirable side effects. But Sour cherries did have a positive effect even when combined with the medication without any negative effects.(2)

Tart cherries may have more than just good taste and bright red color going for them. Research done by consuming whole tart cherry powder combined into a high-fat diet didn’t gain as much weight or build up as much body fat as other that didn’t receive cherries. And the blood displayed much lower levels of molecules which indicate the kind of inflammation that has been related to heart disease as well as diabetes. In addition, they had significantly lower blood levels of cholesterol and triglycerides than the other.

Obese people that used cherry powder were less likely to build up fat in their bellies — another factor linked to cardiovascular disease. Consuming sour cherries also had lower-weight retroperitoneal fat, a type of belly fat which has been related with high cardiovascular risk and inflammation in humans.(3)

Vitamin A is essential to protect eye surface and provide better vision.  Research discovered that lubricating eye drops that contain vitamin A were effective for the treatment of dry eye syndrome as well as for particular type of eye inflammation called superior limbic keratoconjunctivitis. Sour cherry is rich in vitamin A which helps to protect eye and offer better vision.

Vitamin A along with other Antioxidant Vitamins helps to decrease the risk of macular degeneration. People at high risk of disease who use multiple vitamins like Vitamin A, C, E, Zinc, copper daily had 25% reduced risk of Macular degeneration. Include Sour cherry in your diet to have better eyesight.

Sour Cherry is one of the brain stimulants as regular intake is beneficial for proper brain function.  Copper content must be in correct proportion because too much copper is not good for brain. Copper has a control function to play in the brain; therefore the amount of sour cherry supplementation has to be balanced. Research have revealed a direct link in-between copper content in the brain and creative or out of the box thinking, displaying that copper allows neural pathways to develop in unique ways. Sour cherry consists of 0.161 mg of copper which is 17.89% of the daily recommended value.

6. Treatment of the Common Cold

Sour cherry consists of considerable amount of Vitamin C which helps to enhance the immune system of our body that protects us from colds and coughs. It enables the absorption of iron and as a result strengthens the body’s resistance to infection. It also fights against viruses too.

Manganese is renowned cure for sprains as well as inflammation as it helps in increasing the level of superoxide dismutase. This increased level is due to the antioxidant properties of the mineral. Superoxide dismutase (SOD) is usually found in very low levels in patients along with arthritis. It has anti-inflammatory qualities which arthritis sufferers desperately require, therefore including manganese into the body to boost synthesis and function of SOD has been associated with a reduction in symptoms of this condition. Include manganese rich Sour Cherry in your diet to decrease the inflammation and sprains problems.

Dietary fiber is essential to normalizes bowel movements simply by bulking up stools and making them easier to pass. This can help relieve and avoid both constipation and diarrhea. Consuming plenty of fiber rich sour cherry can reduce your risk for diverticulitis (inflammation of the intestine), gallstones, kidney stones, hemorrhoids, and provide relief for irritable bowel syndrome (IBS). Research also indicated that a high-fiber diet may help to lower gastric acid and decrease risk for gastroesophageal reflux disorder (GERD) and ulcers as well.

Other Traditional uses and benefits of Sour Cherry

Sour cherry is a drupe shaped light to dark red colored fruit native to Europe and southwest Asia. It is sour in taste and is not consumed fresh. Although it is closely related to sweet cherry it has got greater nutritional benefits.

Be the first to review “Aloobaloo, Wild cherry”