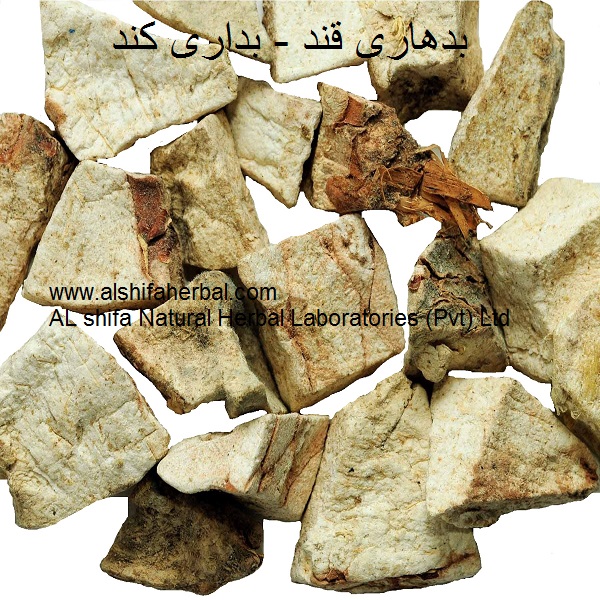 The plant genus Pueraria is named after the Swiss Professor M. N. Pueraria (1766-1845). It contains around 20 species of herbaceous or woody vines, all native to Asia.

Habitat: Kudzu is native to India, China, and Japan. The plant is commercially cultivated in some parts of China.

Kudzu was first introduced to the USA in the 1870s and was widely planted in the southeastern states up to 1933 as protection against erosion and a source of food and fiber. In no more than 10 years the plant had become a very troublesome weed that covered more than 200,000 hectares and that is almost impossible to eradicate.

This is due to the plant’s extremely rapid growth. Under ideal conditions, a kudzu plant can grow up to 30 cm in one day and up to 30 m during the growing season.

In Southern parts of the United States, the plant has now spread so much that it has been called “the plant that ate the South”.

In a documentary from the year 1976, James Dickey, a poet and the author of the novel “Deliverance,” compared kudzu to a “vegetable form of cancer.”

Plant Description: Kudzu is a deciduous vine with long, thick rhizomes, hairy stems, and trefoil leaves. The purple flowers are fragrant and appear in 25 cm long, erect clusters. They are followed by flat, hairy seeds that divide when they are mature.

Plant Parts Used: It is mostly the dried the tuberous roots that are used in herbal medicine but sometimes the flowers too. The roots are harvested from October to April and used fresh for juice or dried for use in decoction and powder.

After the roots have been dug up they are cleaned and cut into slices with the outer bark peeled off. The slices are then dried in the sun or by artificial means.

The flowers are collected in late summer or early autumn and dried in a shade.

Active Ingredient and Substances: Kudzu contains glycosides (kudzusaponins A1, A2, Ar, SA4, SB1), sterols and isoflavones (puerarin, daidzin, and daidzein). The isoflavones have estrogen-like properties and the effect against alcohol abuse is attributed to the substances daidzin and daidzein. The substance puerarin has been proven to have strong antioxidant properties, much more than say vitamin E.

It is known that kudzu has been used in traditional Chinese medicine for over 2000 years, and it is still regarded as one of the 50 most important herbs in Chinese herbal medicine.

It has been used as a medicinal herb for a variety of ailments such as alcoholism, angina, cancer, headache, a migraine and high blood pressure.

Furthermore, it has been used traditionally as a remedy for diarrhea, psoriasis, muscle pain, some menopause symptoms and upper respiratory tract infections such as sinus infection, the common cold and hay fever.

Kudzu as a Treatment for Alcoholism

Chinese doctors have for centuries used kudzu in a tea form as a treatment for alcoholism. The tea used is called xing-jiu-ling.

This traditional application of the herb has gained interest in the scientific community and few studies have been made to investigate the herb’s effectiveness.

Thus far, these studies have produced findings with mixed results. While some have shown that it is useful in treating alcoholism others have indicated that the herb is ineffective.

The biochemist Wing Ming Keung at Harvard Medical School conducted a study in Hong Kong which involved more than 300 people suffering from alcoholism, and in all the cases he examined kudzu showed to be effective in controlling and suppressing the urge to drink alcohol, without side effects. It usually reduced the urge to drink alcohol within one week, and in over 80% of cases, the urge to consume alcohol was completely gone within two to four weeks of treatment.

In addition, researchers at Indiana University have discovered two compounds (daidzin and daidzein) in the plant that affect enzymes that break down alcohol in the liver and produce a by-product of the alcohol called acetaldehyde. When this occurs, nausea, facial flushing, and general discomfort soon follow.

These two compounds seem to work in similar fashion as the medication disulfiram (Antabus) although Kudzu seems not to induce nausea as much as Antabus but both increased discomfort when alcohol is consumed.

Another double-blind study, which lasted for a month and included 38 subjects with alcoholism, found no improvement when kudzu was administered, compared with the control group. These results diminished the enthusiasm surrounding the use of kudzu for this purpose.

One reason for these negative result may be that the substance daidzin present in the plant is less effective in its purified form and kudzu is more effective when used in its natural state.

It is also possible that people of Asian decent respond better to kudzu as a treatment for alcoholism than Caucasians.

In East Asia, particularly in Korea, as much as 80% of the population is missing the enzyme that forms acetaldehyde. Since alcohol tolerance is genetically lower among people lacking that particular enzyme, kudzu may have a more dramatic effect on them.

Many cancers, including breast cancer and some forms of melanoma (cancer that forms from the pigment-containing cells called melanocytes), are stimulated by the hormone estrogen.

Kudzu contains several chemical substances that are very similar to estrogen. One of them, formononetin (an isoflavone), has no effect on the body as such, but when it is converted by the friendly bacteria in the digestive tract to an estrogen-like compound called daidzein, it binds to cells that would normally be activated by estrogen.

In short, the substance blocks estrogen at the activator sites on breast cancer cells, without stimulating these cancer cells to divide like estrogen would.

Studies in Japan, USA, and Finland have shown that isoflavones are clearly linked to reduced occurrences of breast and uterine cancer.

A Remedy for Heart Disease

Kudzu is often used as a remedy for heart and circulatory problems and high blood pressure. Flavonoid-like substances in kudzu contribute to an increase in blood circulation and flow in the arteries of the heart and reduce the heart’s need for oxygen. These substances also relax the muscles that surround the left coronary artery and lower the heart rate.

Kudzu has also antioxidant properties which could slow down the narrowing of the arteries. In a clinical study, kudzu was used as a treatment for angina pectoris (chest pain due to coronary heart disease).

The duration of the study was 4 to 22 weeks. Of 71 patients 29 showed improvement, 20 showed some improvement, while 22 patients showed little or no improvement.

Kudzu in Cooking and as Food

In Japan, kudzu is used both as food and medicine. The stems and young leaves can be eaten raw or cooked. The fresh young shoots have a taste, not unlike a mixture of beans and peanuts. The flowers can be boiled and used in pickles.

The roots are sometimes used as a vegetable. The roots are the source of a fine starch, known as Japanese arrowroot powder, and widely used in Japanese cuisine as a thickening agent in sauces, soups and noodle dishes in the same manner as cornstarch.

A fiber called ko-kemp is obtained from the stems and used in textiles, rope and paper making.

Kudzu is probably easiest to use in tablet or capsule form. The tablets/capsules are usually standardized to contain 10 mg extract equivalent to 5 g of the herb.

For all commercial products containing the herb, the manufacturer’s instructions should always be followed.

Kudzu flowers can be used in the form of tea. A 1/2 cup fresh flowers in a cup of boiling water, steeped for 5 minutes and then strained.

Side Effects and Possible Interactions of Kudzu

Using kudzu as a medicinal herb is considered safe and thus far there have been no reports of serious side effect associated with herb, even at high dosages.

To be on the safe side and until more research is available, pregnant and breastfeeding women should not use the herb and it should not be administered in therapeutic doses to children.

Also, it should be used with caution by people with heart diseases and not without consulting a professional health care worker first. Kudzu may increase the effects of some heart medications and should not be used concurrently with such drugs.

Be the first to review “Bidhari Qand, Kudzu”