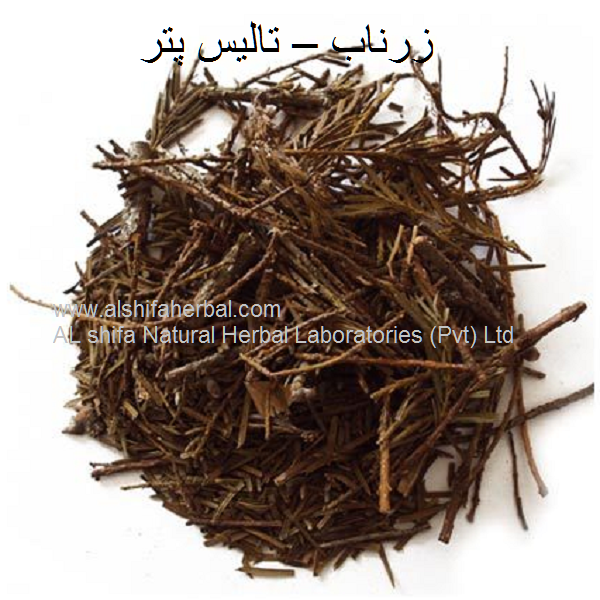 While often dismissed as a highly poisonous plant, yew is occasionally used as a remedy to various conditions. According to an article posted on the Bitterroot Restoration website, the plant shows potential in the prevention and treatment of certain cancers. However, the article stressed that the plant should still be kept out of children’s reach.

Yew is best known for its potential in treating various types of cancer. According to an article on the Health  yew may mitigate the development of breast, lung, and ovarian cancer. The article notes that compounds found in yew may help neutralize the cancer cells that proliferate on the affected organs.

The plant is also a highly regarded remedy to animal bites. In fact, yew has been long used as a cure to snake bites by reducing and subsequently eliminating snake venom that is injected within the body. Likewise, the plant is touted to alleviate symptoms of rabies.

Aside from this, certain parts of the plant is shown to be effective in relieving arthritis. The leaves have also been used for centuries as an addition to steam bath to relieve rheumatism. Likewise, young shoots and berries can be processed into a homeopathic agent.

In addition, yew contains antispasmodic and expectorant properties that help alleviate certain respiratory conditions such as cough, asthma, and bronchitis. Likewise, the plant is touted to possess powerful compounds that fortify the body’s overall immunity. The superfood is also known to address other immune system-related conditions such as fever. Besides this, yew is shown to provide an extra burst of energy to help the body carry out many important functions.

Moreover, the superfood contains emmenagogue properties that promote healthy menstrual cycle in women. Among men, the plant is shown to effectively address a plethora of prostate-related diseases. Likewise, yew is known to maintain the body’s hormonal balance.

Yew is also beneficial in keeping the pancreas healthy.

Furthermore, yew is known to alleviate the following:

Yew is particularly beneficial to the body’s immune system. Likewise, the plant supports the bones and joints. The superfood also fortifies the respiratory system. In addition, yew is especially helpful in maintaining a healthy digestive profile. Furthermore, the superfood promotes brain, heart, and kidney health.

Ways to use yew

Yew berries are the only edible part of the plant. The berries can be processed into jams or preserves with a gooey consistency. In fact, an article posted on the Medium website described the berries’ consistency as something worse than raw egg white. However, the fruit’s sweet taste is akin to the mild sweetness of bananas. The article features a step-by-step guide in making yew berry jam.

Where to learn more

Yew prevents cancer and can be used to treat animal bite infections, rheumatism, and arthritis.

Yew slashes the risk of prostate, heart, and kidney diseases, and epilepsy.

You are probably thinking that a plant is much more likely to be a natural remedy than it is to be a dangerous drug. However, the answer to this question may surprise you. What is the Pacific Yew Plant?

History Of The Pacific Yew As A Natural Remedy

The pacific yew is a conifer tree that grows along the pacific coastal regions from Alaska to central California. They can grow to 16 inches in diameter and up to 50 feet tall and can live over 1,000 years. Native Americans, while greatly respecting the innate wisdom of an organism that lives so long, also used the strong, tough wood of the tree for various objects, such as salmon spears, arrows, bows, digging sticks, paddles, snowshoe frames, spoons, bowls, dowels and combs. They also used the yew as a natural remedy to impart strength, induce perspiration, and treat internal injuries and lung diseases. The Japanese used parts of the yew plant to induce abortion and treat diabetes. Additionally, various parts of the yew plant have also been used for treating diphtheria, tapeworms, muscle and joint pains (rheumatism), clots, fever, colds, stomach aches, swollen tonsils, epileptic seizures, menstrual disorders, kidney disorders, urinary tract conditions, liver conditions and cancer. It certainly sounds like the pacific yew is rounding out as a heroic natural remedy, right?

Last week, Chris Kilham (“a medicine hunter who researches natural remedies all over the world”) published an article on Fox News Health titled “Pacific yew: A potent cancer fighting agent”. There is an introductory video titled “Chemotherapy from a plant?”, in which Mr. Kilham interviews Dr. Jim Miller, vice president of science for the New York Botanical Garden in the Bronx. They are walking through the Pfizer sponsored “Wild Medicine” exhibit, discussing different medicinal plants. Stopping to focus on the pacific yew, Dr. Miller describes the medical history of this amazing plant. We learn that, in addition to making beautiful evergreen holiday wreaths, the pacific yew is the source of the toxic cancer treatment drug, Taxol or Paclitaxel. Like most other cytotoxic cancer drugs, Paclitaxel works by blocking cell division. This process kills both cancer cells and normal, healthy cells alike.

“The drug is harsh, causing negative effects that include nausea, vomiting, pain in the joints, loss of hair, abnormal bowel function, dizziness, exhaustion, skin rash, chest pain, female infertility, fever and chills. Despite the almost guaranteed pain and discomfort, Taxol is the bestselling anti-cancer drug in all of history, with annual sales topping $1.6 billion, according to NCI.”

In fact, despite it’s natural medicinal properties, the yew plant is rarely used today as a natural remedy. How could a plant, that long ago was used for many natural remedies, lose that use and become one of the most profitable (and toxic) cancer drugs? This is a question that I have often pondered and one that is certainly not unique to this particular ancient natural remedy.

The Natural Remedy Of Olde

This weekend, I attended a presentation in our nation’s oldest city, Saint Augustine, Florida. The presentation was titled “Cure What Ails You: Treatments to Common Ailments in the 1700s”.  Master herbalist and Colonial Medicine expert, Kim Welborn discussed the ways in which the Colonial people in early America cared for themselves.  During this time, the normal way of life was what we would call “alternative” today. Everyone lived a lifestyle of wellness; a lifestyle that naturally produced health and prevented disease. How did they do this? They used the plants and herbs all around them as a part of their normal diet and as natural remedies to the common maladies of the day. They were not dependent on a doctor for their health and well being. They took care of themselves and each other. Ms. Welborn stated that it was rare to find a full-time medical doctor until the middle of the 1800s. In fact, most women of that time considered themselves as the ‘primary doctor’ for their household. They maintained gardens growing most culinary, as well as, medicinal herbs. They knew how to use the plants in their natural, local environment to produce healthy effects for their families.

This natural, early American lifestyle seems to be an art that is all but lost today. Now, scientific men, thinking themselves to be superior to the wisdom of nature, put forth great effort to replicate the effects of a natural remedy. They extract compounds from various plants, learn to synthetically reproduce them and then inject them into the bodies of desperate individuals, hoping for a ‘cure’ for their disease. However, most often, we see that man’s feeble attempts to outdo nature are complete and utter failures. These natural plant compounds, such as taxol (little ‘t’), are turned into patentable drugs like Taxol (big ‘T’) and Paclitaxel in hopes of curing cancer. They do indeed kill cancer cells, along with the patient’s healthy, normal cells as well. This effect, along with the extremely toxic effects of these drugs make for a deadly combination. In fact, it is even being questioned today whether or not people actually die from cancer. In the vast majority of cases, we are never given to opportunity to see because most chemotherapy patients succomb to the toxic effects of the drug first.  They are killed by the toxic cancer treatment, not the cancer itself.

I am sure that the life of the American Colonials was not an easy life.  It was most certainly a hard life full of many struggles.  However, if I had to choose between this modern life overwhelmed by toxic drugs or the simple, natural colonial life, my choice would be the colonial natural remedy life.

Description :Zarnab is used as anti-arthritic & anti-diabetic agent. It reduces inflammation and rejuvenates the body. It is also an anti â€“helminthic, antipyretic, blood purifier and anti-inflammatory. It is very helpful in building up natural protection against various diseases. It is often used to fight against general debility & dyspepsia due to hyperglycemia. This herbal medication is stomachic and diuretic in nature which effectively stimulates the secretion of bile juices, relieves thirst, burning sensation, vomiting tendencies and jaundice.

Externally, used in the treatment of rheumatism.

Contraindication : This herb is not recommended during pregnancy and lactation. Large doses (many times the recommended disage) may result in colic, dry mouth, hypotention, paleness, rash, syncopem vertigo and vomiting