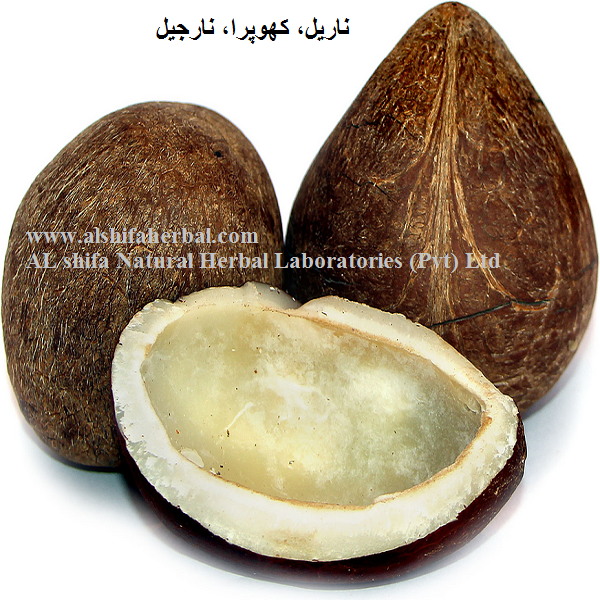 A look at the health benefits of coconut oil, coconut milk, coconut water, coconut flour, plus how to cook with coconut and work coconut into your diet.

Coconut oil was once a heart-health “don’t” thanks to its 87 percent saturated-fat content. Solid at room temperature, it’s making a comeback in some packaged foods and for cooking and baking. While it may be marketed as helpful for cholesterol levels, some nutrition experts disagree about the health benefits of coconut oil. “Coconut oil contains a mixture of saturated fatty acids, some of which don’t adversely affect cholesterol levels,” says Joy Dubost, Ph.D., R.D., a spokesperson for the Academy of Nutrition and Dietetics. “But while its predominant saturated fat —lauric acid—does raise beneficial HDL cholesterol, it also raises harmful LDL cholesterol, which can increase the risk of heart disease.” Look for coconut oil, in jars or tubs, near other cooking oils in large supermarkets, in the natural-foods section, or in natural-foods stores. Wondering how to cook with coconut oil? In our healthy coconut-oil recipe for Coconut-Carrot Morning Glory Muffins, we use coconut oil sparingly, in place of butter or other oils.

Coconut milk is made from a brew of coconut meat and water. But don’t confuse it with lower-calorie coconut water. Rich and thick and more like cream than milk, coconut milk packs an eye-opening 445 calories and 48 grams of fat (43 grams saturated) per cup. That’s where “lite” coconut milk comes in: you can substitute “lite” coconut milk for traditional coconut milk to trim roughly two-thirds the fat and calories without sacrificing flavor, as we do in our healthy coconut-milk recipe for Coconut-Milk Chicken Curry.

Coconut water has gotten a lot of buzz for its purported health benefit as a “natural” sports drink. It is a great hydrator for light workouts, as 1 cup serves up more than 10 percent of your daily dose of potassium—an electrolyte you lose through sweat.

(Just be mindful that 8 ounces of coconut water delivers 45 calories.) But it won’t do the job if you’re sweating up a storm. Why? When we sweat we lose up to 10 times more sodium than potassium. And coconut water only contains about 30 mg of sodium per cup, whereas sports drinks usually deliver about 110 mg. In your market, look for coconut water without added sugar in the refrigerated section near other flavored waters or near shelf-stable waters and natural fruit juices. You can use coconut water in smoothies, as we do in our healthy recipe for Creamsicle Breakfast Smoothie.

Once the outer green husk of the coconut is removed, what remains is the seed and its rich inner white lining, the coconut meat. If you’re eating a low-carb diet, you’ll be happy to know each 2-by-2-inch piece of raw fresh coconut meat contains only about 7 grams of carbohydrate (less than a third of what you’d get from a medium apple) and is jammed with 4 grams of fiber (16 percent of your daily dose). On the flip side, coconut meat is the nutritional opposite of what you’d expect from a fruit: what it lacks in carbohydrates, it makes up for in fat with 15 grams of fat per 2-inch chunk of coconut, most of which is unhealthy saturated fat. Another reason to not eat coconut meat with abandon: that little piece sports 160 calories.

To toast dried shredded coconut or dried coconut flakes, cook in a small dry skillet over medium-low heat, stirring constantly, until fragrant and lightly browned, 2 to 5 minutes or spread in a shallow baking dish and bake at 350 degrees until light golden and fragrant, 5 to 10 minutes. You can use dried shredded coconut or coconut flakes in cooking and baking, as in our healthy recipe for Baked Coconut Shrimp with Tangelo Salsa.

The health benefits of coconut milk

Coconut (Cocos nucifera) belongs to the Palm family (Arecaceae). Grown in abundance in Malaysia, Polynesia and southern Asia, Spanish explorers named the cocos – meaning ‘grinning face’, because of the three little eyes on the base which they thought resembled a monkey.

Classed as a fruit and frequently confused for being a nut, the coconut is actually a one-seeded drupe. In Sanskrit, the coconut palm is known as kalpa vriksha – ‘tree which gives all that is necessary for living’ because nearly all parts can be used, the water, milk, flesh, sugar and oil. Even the husks and leaves are used as materials in furnishings and decoration. Palm trees produce coconuts up to 13 times a year and although it takes a year for the coconuts to mature, a fully blossomed tree can produce between 60-180 coconuts in a single harvest.

…Watch your head!
Rumour has it 150 people worldwide die each year from falling coconuts!

Coconuts are highly nutritious and rich in fibre, vitamins C, E, B1, B3, B5 and B6 and minerals including iron, selenium, sodium, calcium, magnesium and phosphorous. Unlike cow’s milk, coconut milk is lactose free so can be used as a milk substitute by those with lactose intolerance. It is a popular choice with vegans and makes a great base for smoothies, milkshakes or as a dairy alternative in baking.

Coconuts are one of those foods that oscillate between the ‘good’ food and ‘bad’ food camps. Coconut milk, especially the lower fat variety, can be used in moderation (1-2 times per week). However, The British Heart Foundation recommend avoiding the use of coconut oil for cooking.

Coconuts contain significant amounts of fat, but unlike other nuts, they provide fat that is mostly in the form of medium chain saturated fatty acids (MCFAs) in particular, one called lauric acid. Lauric acid is converted in the body into a highly beneficial compound called monolaurin, an antiviral and antibacterial that destroys a wide variety of disease causing organisms. It is therefore now thought that consumption of coconut milk may help protect the body from infections and viruses.

MCFAs are rapidly metabolised into energy in the liver. It is thought that unlike other saturated fats, MCFAs are used up more quickly by the body and are less likely to be stored as fat. This does not exempt them from contributing to heart disease – they are still a fat – but they have a different effect than saturated fats.

The link between excessive consumption of dietary saturated fats and coronary heart disease (CHD) is well established. Because of coconut milk’s high content of saturated fatty acids, it is still seen as a food that should be consumed in moderation.

The coconut tree is a member of the family Arecaceae and the only species of the genus Cocos. The term coconut can refer to the whole coconut palm or the seed, or the fruit, which, botanically, is a drupe, not a nut. Wikipedia
Nutrition Facts

Be the first to review “Coconut, Cocos Nucifera”