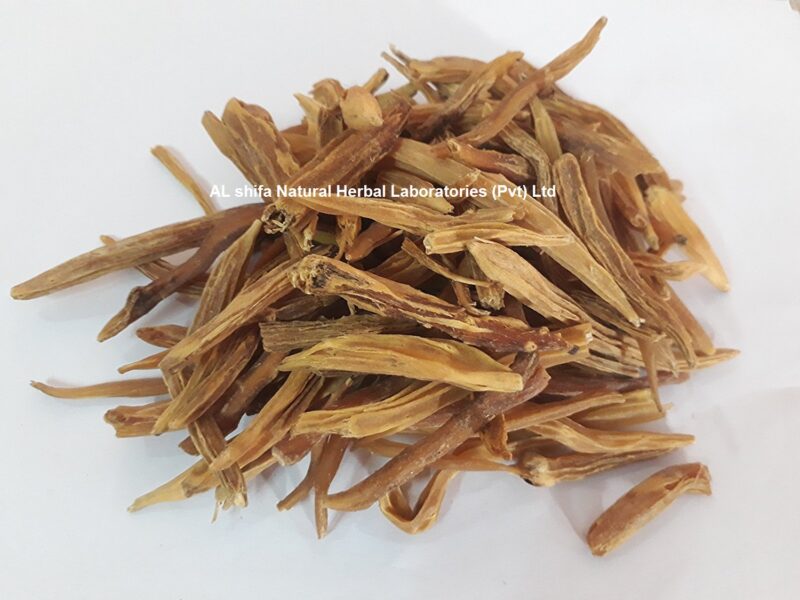 Contraindication
Do not take this herb when kidneys are inflamed, as it increases the rate of urinary production. Do not use if you have oedema (swelling) due to impaired kidney or heart function. In rares cases, may cause dermatitis. .

Asparagus racemosus (or shatavari) has finger-shaped roots and is used extensively in ayurvedic medicine. Asparagus officinalis is cultivated for its edible shoots.

White asparagus is cultivated by covering the shoots with the soil after they have sprouted. This prevents photosynthesis, resulting in the white color.

Asparagus is more perishable than other vegetables and begins to lose its nutrients after it is picked. Use it the same day you pick or purchase it. You can keep it fresh by wrapping the ends in damp paper or cloth towels and storing in the refrigerator.

These properties give asparagus a wide range of health benefits.

The health benefits of asparagus has largely been attributed to the saponins in the roots. Asparagus officinalis has saponins in the shoots as well. Saponins have anti-inflammatory properties. Research has shown that the phytochemical, or antioxidant, properties in asparagus prevent cell damage that precedes cancer.

Asparagus contains a unique carbohydrate called inulin that does not get digested in the anterior part of the intestine, but travels to the large intestine where it is broken down by the bacteria residing there (the Bifidibacteria and Lactobacilli). These bacteria use inulin as food to thrive and multiply, thereby lowering the risk of colon cancer and allergies, and increasing the absorption of nutrients.

Studies show that high levels of Vitamin E, as are present in asparagus, help prevent the brain changes that precede Alzheimer’s disease.

Research into the role of prebiotics in digestive health show that asparagus, as a high-fiber vegetable, aids in digestion and helps boost the body’s immune system. The unique carbohydrate inulin, and the dietary fiber (which is a combination of insoluble and soluble fiber), relieves constipation, dyspepsia, ulcers, diarrhea, dysentery, and colic, and improves digestion by increasing the levels of the enzymes amylase and lipase, which digest carbohydrates and fat, respectively.

The anti-inflammatory and antioxidant properties also translate into the lowering of blood sugar levels, with the dietary fiber also pitching in. This especially reduces risk of type 2 diabetes.

Studies in China have shown that asparagus extract is beneficial in the treatment of anxiety, according to Harvard Medical School.

The list of health benefits of asparagus is long and very impressive. It is used as a female reproductive tonic in Ayurveda, but its benefits go far beyond this.

According to ayurveda, the root (the most used part of the plant) has the following properties/benefits:

Many people report a strong odor in their urine after consuming asparagus, while many others have no such issues. No simple or single explanation has been forthcoming on this by researchers as there are 21 different substances that are believed to cause this odor.

Also, many people do not experience this smell, either due the different ways their bodies metabolize asparagus, or because they are not being able to perceive this odor. Not enough research has been done on the connection between asparagus consumption, urine odor, and its risk to health.

Therefore, it would be safe to assume that, in view of the above facts, to consume or not consume asparagus is a personal choice. Of course, by not consuming it, one is bound to miss out on its various health benefits.

Asparagus contains purines, so people who suffer from gout or kidney stones, or even those who are susceptible to purine-related problems, should avoid or limit their consumption of asparagus. An excess of purines can cause excess of uric acid in the body, and lead to health issues in such individuals.

Disclaimer: The information provided in this article is not a substitute for professional medical advice. Please consult your physician, or health care provider before taking any home remedies, supplements, or starting a new health regimen.

Be the first to review “Satawar, Asparagus racemosus”